The shipwreck of Olympia 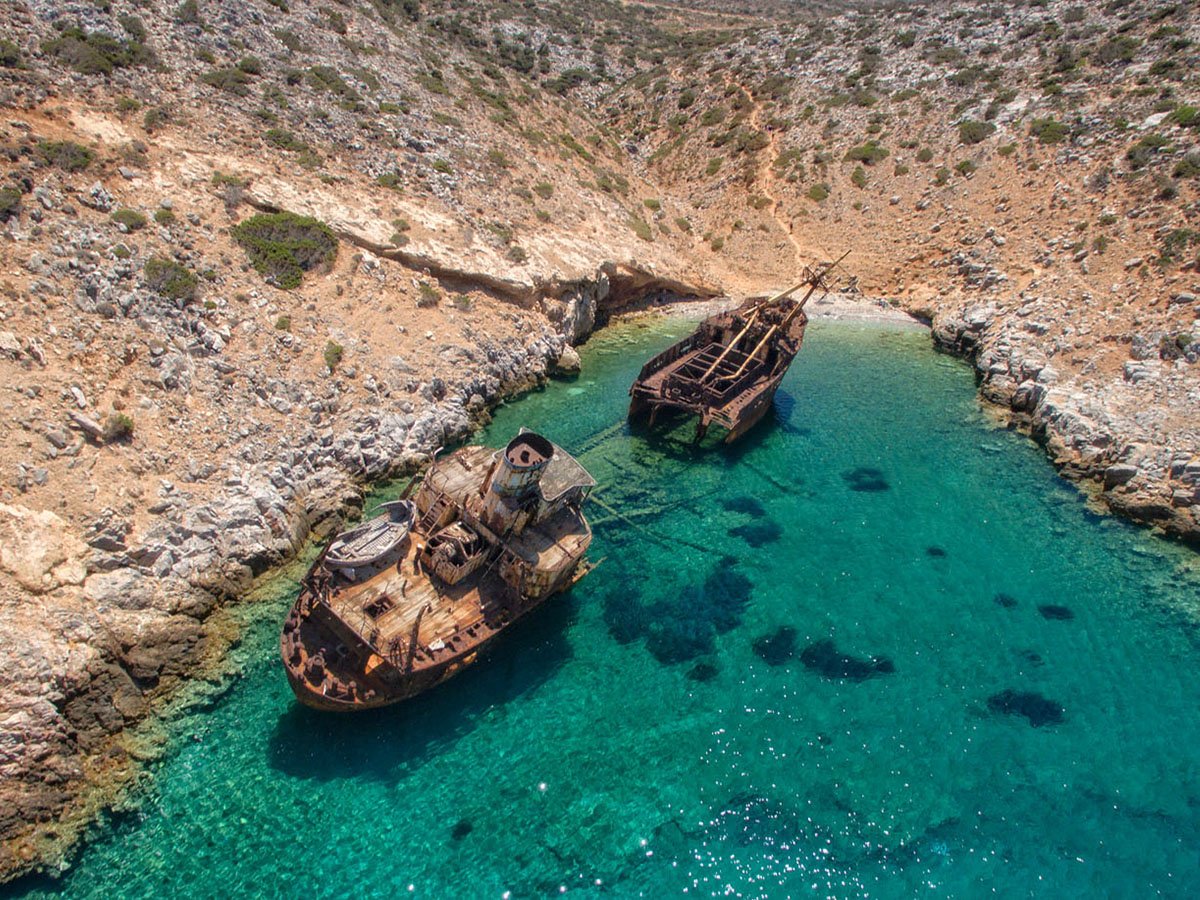 The shipwreck of Olympia (which ironically was previously called ‘Inland’) sank in February 1980. The captain was seeking for a place near the coast where they could find shelter from the strong north winds. But they were helpless and the rough sea threw them into the bay of Liverio near to the beach of Kalotaritissa. Luckily the whole crew was rescued. The shipwreck is in many scenes of the movie “The Big Blue” by Luc Besson. It’s also a popular diving spot on the island. 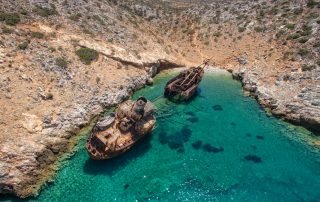 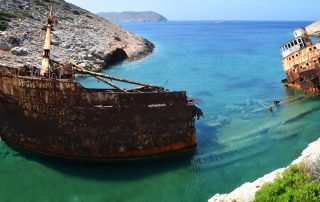 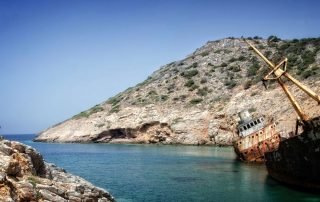 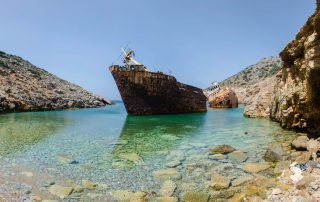