In Greek island tradition music and songs stand out for their melody and their rhythm. In Cyclades they have their unique musical color but also each island has its own color, style, character and ethos.

On the island of Amorgos the music and dance tradition include dances such as Sirtos, Kalamatianos, Susta, Balos, and Madinades. Previously Zeibekiko and Karsilamades could also be found but these are disappearing along with their old devotees and instrumentalists.

The Lyre, the folk Flute, the Toubaki and more rarely the bagpipe were replaced by the violin which has greater potential combined with the lute.

In Major and Minor various tunes are played on the high notes of a violin (C Major and D Minor) where there is ease in both the violin to perform with complete clarity the richness and grace of the song. While the lute tuned to these tonalities, with all its strings, fills the sonic background of each melody.

But in this higher range singing is difficult, so the singer should have a high and beautiful voice in order to have the clearest possible projection, similar to that of the instruments.

For example, the musical sound that projects with the violin tuned in D – A – D – G (called tuning A La Turka) and the lute with open chords and trills (diplotriplopenies).

Several tunes of Amorgos are “foreign” from Minor Asia, other islands or the mainland as shown in their names.

But many local tunes are tied to the history of the island, the names of places, as well as Holy Shrines that the local people constantly refer to and rely on with reverence and respect in their songs, especially at weddings and other major events. 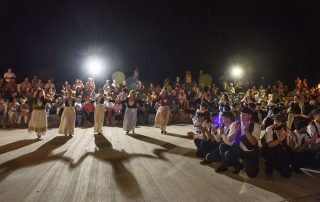 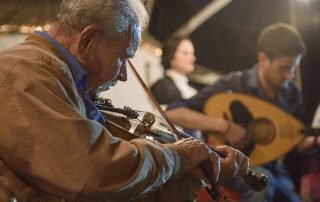 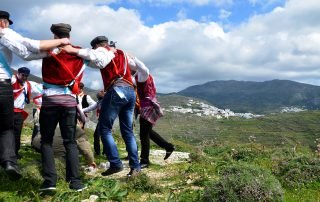 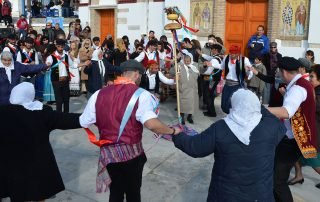 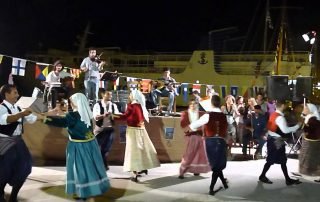 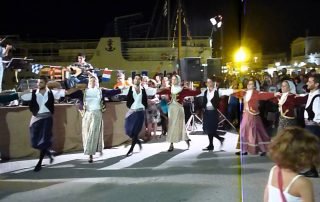