THE LOVE STORY – A GIFT TO AMORGOS

THE LOVE STORY – A GIFT TO AMORGOS

Arriving Amorgos for the first time, Tom T. Graeger in 1979 and Odd Birger Gronli in 1982 needed just a couple of hours to decide to stop searching for Paradise. Today their slogan about Amorgos is: “We came, we saw, and we stayed”.

Since 1979 they have grown into the island, and as Lakis from Lagada describes it: You guys are two of the furniture elements in Amorgos’ living room!
Tom and Odd Birger have for many years talked about giving something back to the island that took SO good care of them as young tourists. Three out of the six children they have learned to walk in Amorgos. And all six walk back to the island almost every year. 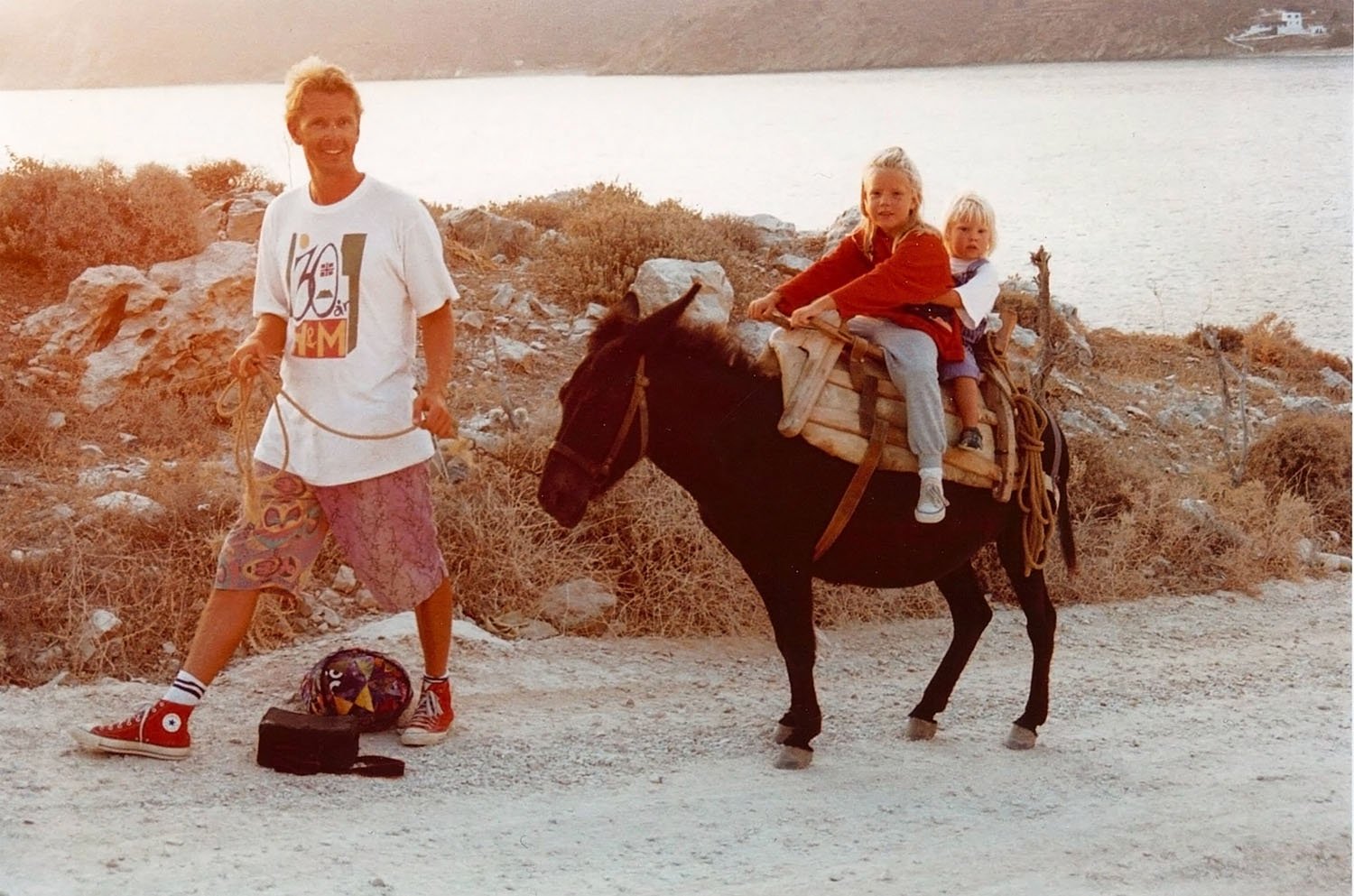 Tom with his daughters on the donkey Nula

To be able to write a book about Amorgos you have to be a journalist (reporting to Norway and Germany from Amorgos), bartender, swordfish- and octopus fisher, house painter, house builder, snorkel diving instructor, beach café manager, olive picker & much more.

– So, we finally found out that we in return can give something substantial to Amorgos by writing a book. A literary monument that both inhabitants and visitors can relate to, with stories and photographs from all over the island, Tom and Odd Birger say.
– In 2019 we started to work on a non-profit edition that ended up in 300 pages, 55 stories and 201 photos to be launched in July 2020. 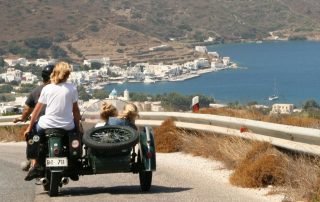 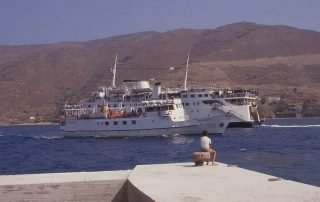 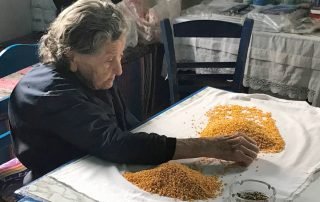 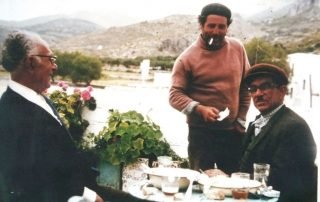 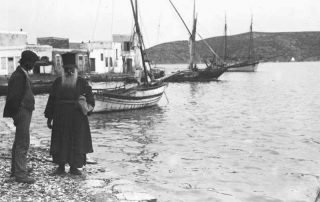 The Corona came like a tsunami. Tom and Odd Birger were knocked out, but got up on their feet after five seconds and finished the book in May this year. The public launch is now July 2021 (this is also an invitation to you, mayor Lefteris Karaiskos to participate, and a book is on the way).

Tom and Odd Birger are trying to get to Amorgos around the 20th of September. Until then – and after – they send the book out to anyone who wants it, and it is easy to order it via Facebook in the group “Amorgos” or directly with messenger or email tom@graeger.no .

The book is today sent out to 15 countries. In addition to Europe are also Paraguay, Australia, Canada and the USA. So we have Amorgos hooligans all over the world!