The Monastery of Hozoviotissa 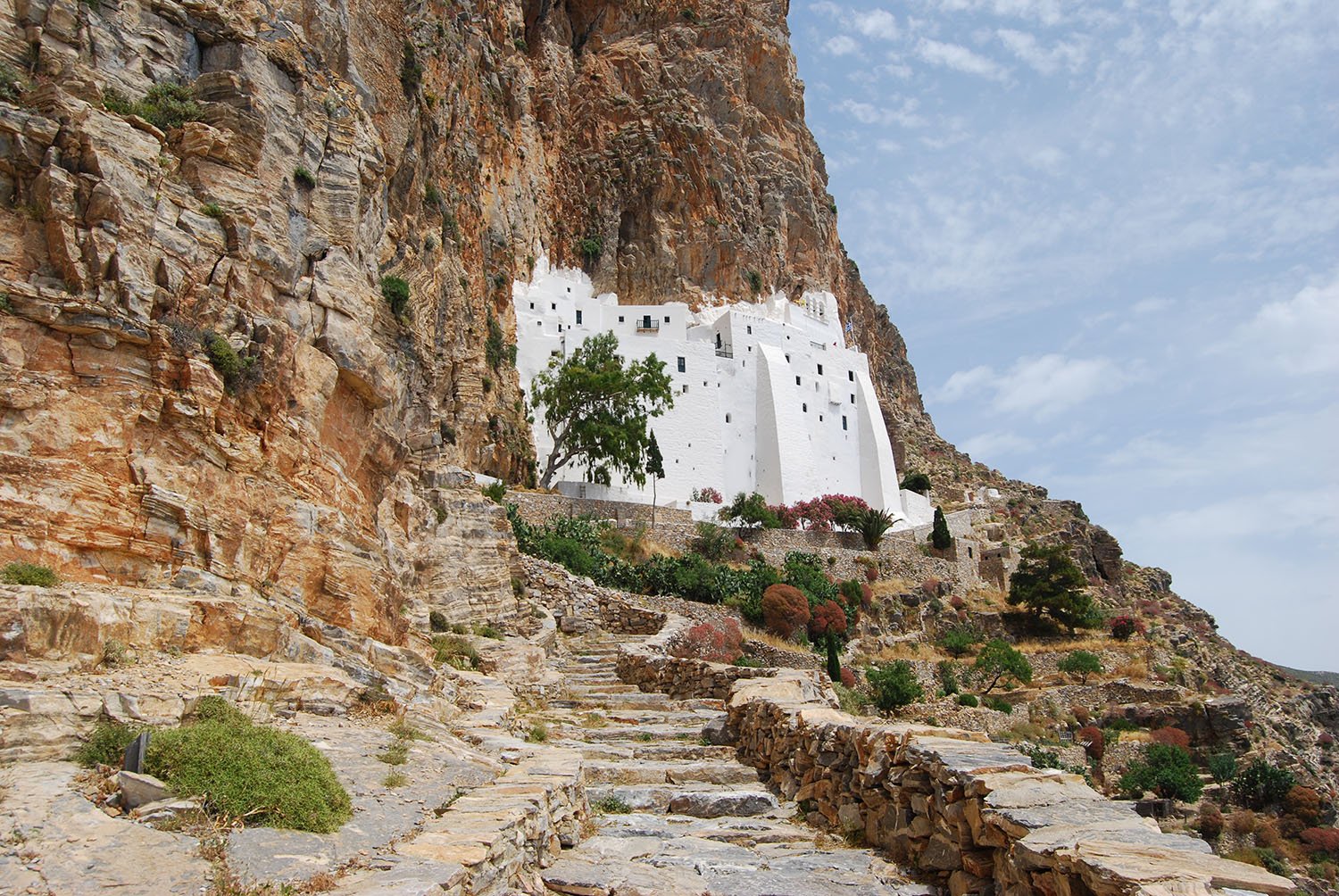 The Monastery of Hozoviotissa in Amorgos is the second oldest in Greece built in 1017 and renovated 1088, built by Alexius Comnenus I. It is literally hanging on the cliff side 300 m above the sea. The monastery was created as an ode (poem) to the Grace of Panagia, known as the Virgin Mary, which is the patron saint of the island. The icon is carried around to all the villages on the island every year.

A perfect blend of nature and the beauty of man’s creation, the monastery symbolizes man’s tribute to the Holy Mother. Built into the face of a cliff, it provides a breathtaking view of the sparkling blue waters of the Aegean Sea. It is with no doubt, the pride of Amorgos, with its pristine walls lined with portraits of monks and other leaders, the smell of incense and numerous little treasures. The monks, who act as guardians of this architectural marvel, serving psimeni raki (a local liqueur) and loukoumi.

The current outer look of the monastery is the result of various changes that happened through time. The building is 40m high and 5m width has 8 stories that develop in a larger width utilizing functional wall recesses of rock. There is a labyrinth interior with the church, the cells and the various auxiliary rooms forming a set that with resourcefulness and usability meets the needs of the monastic brotherhood. 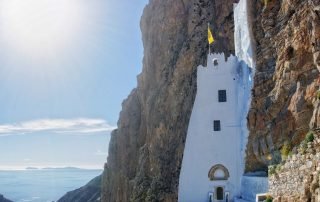 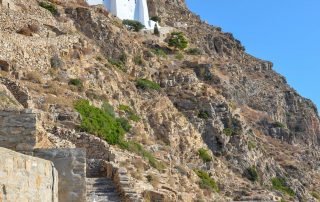 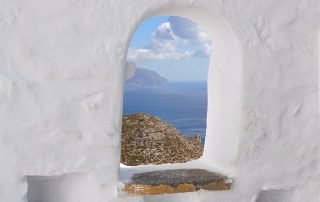 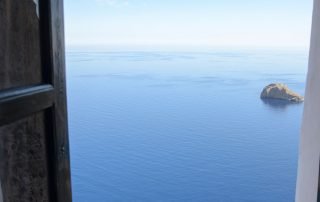 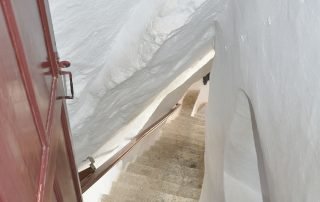 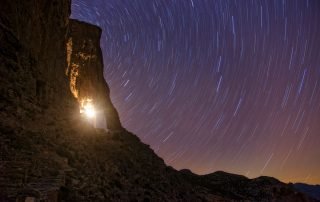 Visitors are kindly requested to be decently dressed, men must wear trousers and women long skirts

By car, about 1 km outside Chora and then you walk the steps up to the Monastery. By foot from Chora about 1.5 km around 30 minutes.