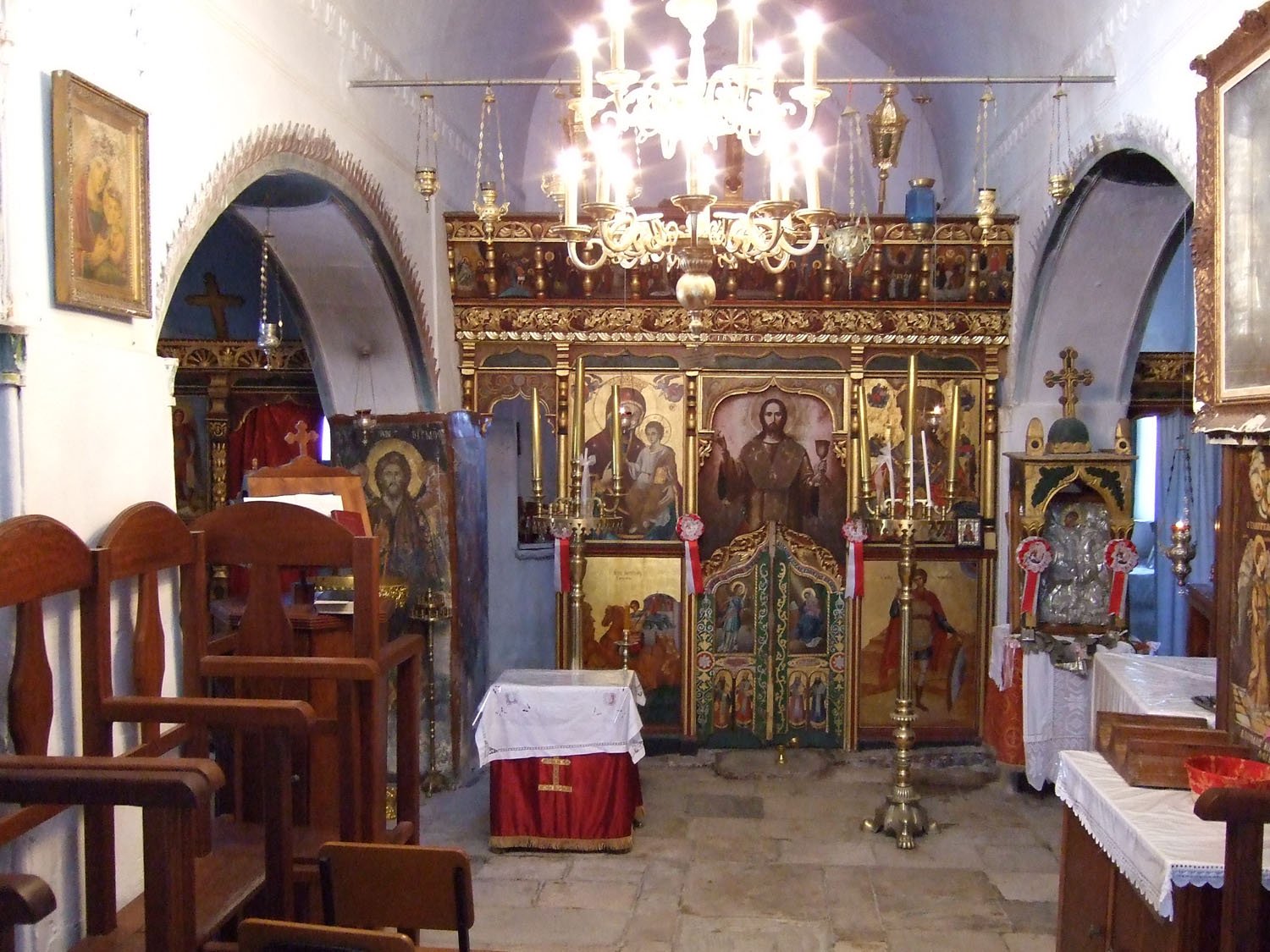 This beautiful monastery is located on the right-hand side of the road connecting Chora to Kato Meria, surrounded by dense vegetation. It is one of the first monasteries built in the traditional Byzantine style. It is built on the site of an ancient temple dedicated according to myths to the god Apollon and also used to be an ancient oracle.

Seated on the terraces of the forecourt around the roses which smell beautifully you will enjoy the serenity of the place. The monastery of Agios Georgios Valsamitis is a three-aisled, vaulted basilica of the 16th century, built upon earlier temples, as it is believed. Its architecture is very interesting. Until the Byzantine period it was an autonomous monastery and then it became a dependency of Hozoviotissa. It was hagiographed in different periods; today the murals of the 18th century and perhaps earlier ones are preserved.

Valsamitis is connected to a very old ceremony of hydro divination. In the spring-oracle not only Amorgians resorted, but also people from the surrounding islands. The “talking water” was silenced in 1967 after a decision by the Diocese of Thera, Amorgos and Islands and the point from where there was access to the spring was sealed with cement. However, the locals did not stop going to the monastery, and you will see the spring still flowing, in lower intensity, inside. On the island the faith in the holy water was absolute and almost nobody would do trading, weddings, travels, and studies unless advised by Agios Georgios Valsamitis. As the locals say, thousands of times the prediction has come true…

The nun sister Irene lives and take care of this beautiful place. She enjoys to present the place and also to show her work and paintings. 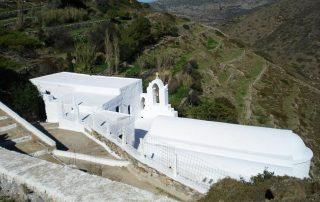 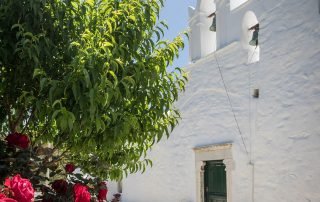 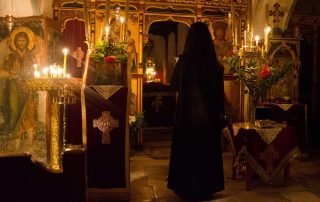 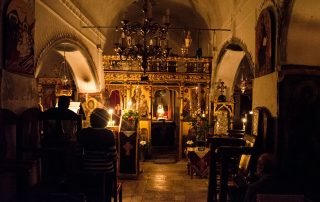 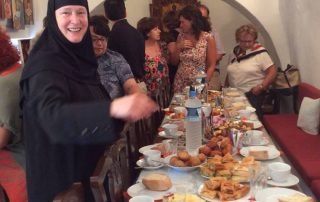 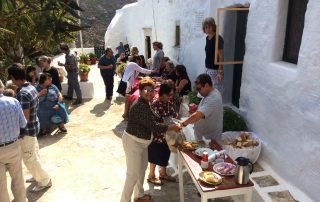 Saint George Day, or Agios Georgios Day, is celebrated on April 23. However, if Easter is after April 23, then it is celebrated on Easter Monday. When celebrations coincide with Great Lent or Holy Week, for example, the feast of St. George (Agios Georgios) or St. Mark (Agios Markos), they are transferred postponed for the week after Easter Sunday.

3 km south of Chora on the road to Kato Meria.